Local governments should earn a profit. It’s not a profit measured in dollars and cents, the profit of local governing is goodwill that can be spent when it’s time for a difficult decision. 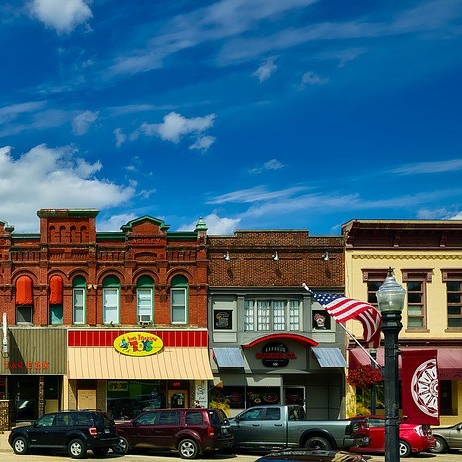 In his 2016 State of the City address, the Mayor of Anaheim, California called for a social capital campaign. He said, “Our goal was to change the culture of our widely diverse city through simple, powerful and unsolicited acts of kindness. This will create what academics refer to as social capital, or another way to refer to it is building social muscle so that when inevitable challenges arise, we as a city have the strength and resiliency to respond effectively.”

Profit in the business world is result of doing a good job at the manufacturing, marketing and distributing aspects of company operations. It’s the result of taking care of customers and taking care of business. In many ways profit is the most honest measure of the degree to which a business is run properly.

Social capital serves the same purpose in government. You earn social capital the same way a business earns economic capital; by doing the basic things right and by being trustworthy. And you lose it the same way; by messing up the basics and doing business in an un-transparent way.

A business owner stockpiles economic capital so he or she can use it as needed or as desired when a new challenge or a new opportunity comes along. A company that has been run profitably has money in the bank to invest in new equipment, expansions or acquisitions. But if the company is operated on a shoestring basis, or is just “getting by,” the company is at serious risk of failure when a key piece of machinery breaks. There are parallels in the local government world.

A well-run city stockpiles good will and social capital by plowing the snow quickly and efficiently; by picking up the garbage at a predictable time week after week, and by making land use, and fiscal decisions that are fair, logical, and best for the community at large. City hall is open, the lights are on and the citizens can see what’s going on, and what’s going on makes sense to them.

Like a business tycoon who uses some of his stockpiled wealth to grow, a city may dip into its store of profit for new projects or initiatives. There’s a major employer considering relocating to your city, but it will require infrastructure. Your citizens’ longstanding wish for a recreation center, community center, band shell or central park may finally have reached maturity. Now it’s up to you to make it happen. And that takes social capital. Because, in a democracy, no decision comes without a cost. Even “obvious” decisions will have detractors; citizens who have a different perspective and a different vision. Just because a community center makes perfect sense at that intersection, the people who live on the other side of town may feel neglected.

In addition to diversity of viewpoints, there’s the skepticism factor. The public has been conditioned to question everything their government does. Only a community that has a good supply of social capital will have enough citizens’ trust to be able to form a consensus and move forward.

Profit and social capital are even more indispensable during times of crisis. A business that loses its biggest customer had better have money in the bank to see it through the “lean” times until it can identify or grow new customers. If a product suddenly exhibits a defect, the company will have to invest in recalls, repairs, and rehabilitating its tarnished image. All of these things require investment.

Municipal crises come in just as many shapes and sizes. Chronic potholes, unexpected crime sprees, fiscal mismanagement and more are the unexpected calamities that challenge city and village governments every day. Those are the times when it’s not “nice to have” social capital; it’s essential. Like your business cousin, you will need to tap your social capital to recall the product, repair the damage and rehabilitate your city’s tarnished image. If you don’t have that capital, you can count on being available for other employment immediately following the next election. And even worse, your community will miss a new economic opportunity, lose faith with its citizens, and see its image in the region tarnished.

You can’t borrow or deficit-spend your way to social capital prosperity. There’s only one way to earn social capital. That’s by attending to the basics and doing things by the rules. It requires making tough decisions the way democracy intended them to be made: by listening to both sides, analyzing the data fairly and reaching a compromise that benefits the most people. And by doing it day after day after day.

Running a city is hard. Leading and operating a village always has been and always will be challenging. The problems can be older than anyone currently-working for the municipality, or they can be as sudden and new as a phone call on a Friday afternoon. It can’t be done for free. And it can’t be done without social capital.

That’s the Local Perspective. What do you think?